The Arts in Llandudno 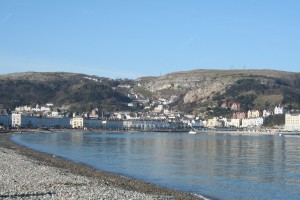 The success of the very recent Llandudno Arts Weekend has shone quite the positive light on the local area and its growing influence on the arts. However, there has always been an artistic backbone to the community dating to its glory years and is something to explore when you visit Llandudno.

As a place filled with inspirational people, it seems right to begin with the smallest. Alice Liddel was a young girl of about 10 native to Oxford who loved nothing more than coming to Llandudno with her family. She had struck up a friendship with the shy and introverted Charles Lutwidge Dodgson, a close family friend who would regale her and her sisters with fantastical tales each more inventive than the next. On a fateful boating trip, Dodgson recounted a story that took Liddell so aback that she asked for a manuscript. Using Liddell as inspiration, he set about crafting something enjoyable for younger ages. It involved the adventures of a young called Alice falling down a rabbit-hole. 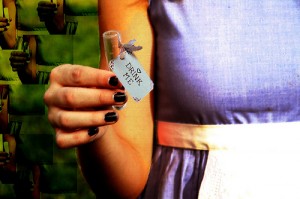 Dodgson’s early draft was so well-received by all those who read it that it was recommended he take it to a professional publisher. With the title Alice’s Adventures in Wonderland and under the pseudonym Lewis Carroll, instant approval followed with the book’s reception being overwhelming with it spawning a sequel.

Everyone knows the rest of the story but not everyone knows the tale of a young girl who inspired genius and one who love Llandudno dearly. Wonderful Alice in Wonderland statues are situated all over town as testament to its effect on the author’s muse. 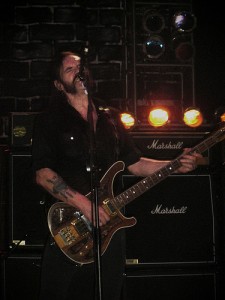 Another artistic name drawn to Llandudno is of musical roots. Hard rock legend Lemmy of the band Motorhead, iconic for those mutton chops and hard-hitting voice, enjoyed a stay in his earlier years. Working at the Hotpoint centre on the way to fame and fortune, Lemmy would often rehearse with a local band called The Sundowners to hone his talents and surprisingly, learnt how to ride a horse. He moved at the age of 17 but after 35 years away, he still holds Llandudno dear after returning to play at Venue Cymru to an ecstatic crowd.

A name very popular in the world of art was Sylvia Leigh, an artist famed for her subversive style and subtle takes on modern life. Sleigh emigrated at an early age to the United States of America where in later life her work was acclaimed. One of her most prominent works is The Turkish Bath, a 1979 painting that shows men naked – a drastic change to having women as the only naked models. Her pieces promoted sexual equality and in her own words, “I liked to portray both man and woman as intelligent and thoughtful people with dignity and humanism that emphasized love and joy.”

This entry was posted in Attractions, Local History. Bookmark the permalink.