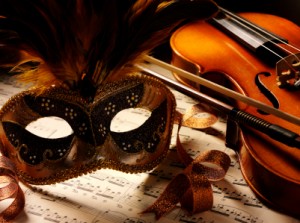 After the rampant success of last year’s North Wales Choral Festival and many other music events throughout 2013, it’s little wonder that such attention is being lavished on the seaside attention for its evening’s entertainment – a reputation which is surely only to be enhanced by the upcoming Welsh National Opera.

Situated at Venue Cymru over five nights of stunning music, delve into a genre which you may have yet to. Or, if you’re an enthusiast of this classic style, then this occasion is doubtlessly not going to disappoint.

By their own admission, the organisers had such success in 2013 that it could be hard to emulate it this time but with their serious efforts to do so, it shouldn’t be too hard for the consummate professionals to deliver another landmark event.

The Chief Executive of the WNO, David Poutney, had this to say: “Our 2013/14 season presents a huge journey for us, the makers, and you, the audience. The climb is steep, the path sometimes challenging, but the views are spectacular. That is why we want to lead you there!”

As one of the premier locations for entertainment which can cater to the tastes of almost anyone, Venue Cymru regularly hosts high-profile events such as these and is a hotspot for music gigs throughout North Wales. Stepping onto the same stage that famous faces have graced in the past may prove daunting for some groups but the Welsh National Opera are likely to rise to the challenge.

On the 2nd and 4th of April, the opera will be performing Manon Lescaut: the heartfelt and often bleak tale of a young woman’s transition into adulthood. The conductor of this contemporised classic will be Lothar Koenigs.

The 3rd of April brings with it the superb Boulevard Solitude to the coast of North Wales. “The Boulevard of Broken Dreams” tagline often associated with this play has had an impact on modern popular culture and is itself an unflinching look at the state of Europe Post-World War II. Lothar Koenigs again steps up to the conductor’s stand.

Rounding the weeklong event off on the 5th as well as opening it on the 1st of March, La traviata is a production which will live long in the memory as a tale of regret and mortality. A father attempts to reconnect with the estranged stepmother to her son but with her health failing, it’s a race against time to make up for the past. Simon Phillippo conducts proceedings.