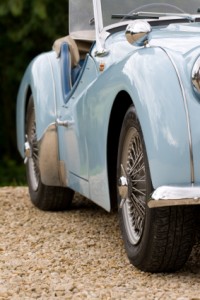 There’s always some history apparent when you travel to Llandudno, whether it’s something in the sea air or something physical like the Great Orme. However, as real hark back to a different time, the sight of various classic cars careening through the town is what you can expect at the Three Castles Welsh Classic Trail this month!

The Llandudno Victorian Extravaganza earlier this year was a fantastic and huge celebration of all thing Victorian times and now it’s the turn of this great event to turn on the nostalgia. If you are a fan of classic cars, there’s only one place you need to be from the 4th of June.

All are welcome to this illustrious event, whether they have a huge passion for all things Bentley or just have a fleeting interest in the best motorcars from yesteryear. It’s this kind of message which has spread all over the world, meaning that you will see drivers and fans from all over the world, including the like of Australia, New Zealand and the United States of America.

Although there are pole positions and pride at stake, the trial is one of the friendliest races of its kind as the action stops every two hours so as to keep everyone refreshed. Llandudno is the welcoming base for the whole event but the Three Castles incorporates exactly what you think: a race to three different castles in North Wales.

In total, the trial encompasses 500 miles and takes four days in total to complete. There’s no real rush to the occasion, it’s more of a community coming together to show off their classic cars and there will be many of them.  81 entrants in total have put themselves forward for the rally and with money for charity being raised in the process, the people of Llandudno are no doubt be fully behind its success for 2014.

If you’re not taking part in this year’s Three Castles, you can still book yourself some accommodation in Llandudno and enjoy the great dining and the eventual Black Tie Awards Dinner to round the whole occasion off in style.