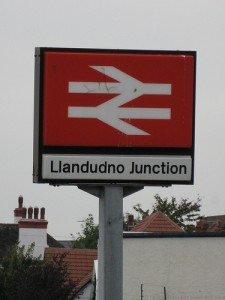 Situated between Conwy and Llandudno, Llandudno Junction has had a reputation in the past as being a stop-gap for travellers on journeys with there being few attractions for day visitors. After the opening of three new businesses, this could all be about to change.

The impressive regeneration of the area looks like continuing as a retro barber shop operated by Gary Jones has recently opened to add to the hairdressers already in the village on Conway Road. Also announced is a new Deli called 169 which will also double up as a newsagents. The grand opening should be within the next week or so.

Elsewhere, Providero coffee shop has opened next to the hugely successful Enoch’s fish and chips shop and is sure to be quite a draw considering its closeness to the establishment. In fact, it’s already so popular that Jon Hughes has had to rely on extra hands: “We’ve only been open a couple of weeks and we’ve had amazing feedback,” he said. “We can’t keep up with all the baking so a friend is now helping us.

“A lot of regulars who used to come to our van have come in, as well as locals in the Junction, and a lot of new people.”

The van Hughes is referring to is one which was featured on A Great Welsh Adventure with Griff Rhys Jones.

“Griff was a really friendly guy who enjoyed his coffees,” said Jon.

“We were featured on the programme when a couple of ITV researchers spotted us in Old Colwyn with the van. When they arrived to talk to me they looked very official and at first I thought they were from the council!”

The instant success of Providero owes a lot to Kickstarter: a funding programme online where prospective business owners can “pitch” to have their idea sourced by regular people who want to invest in something that interests them. After raising £13,800 in 30 days, Hughes was able to open.

This entry was posted in Uncategorized. Bookmark the permalink.