Llandudno the Best Place to Stay in Wales 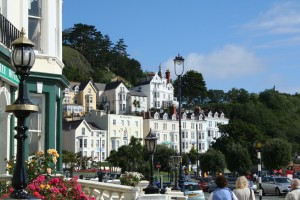 There isn’t any opinionated bias in this article’s title – the people of Wales have voted our beautiful seaside town of Llandudno as the best place to stay throughout the whole country.

The results have been measured by way of many hotels in the area making it into the top 20 best establishments in Wales with the large majority of them being made up of hotels based in Llandudno.

They’ve been rated as superior to some of the most famous places of accommodation throughout Wales, including the likes of Newport’s Celtic Manor Resort and Morgan’s Hotel in Swansea. In fact, that pair didn’t even manage to rank, leaving Llandudno to claim 6 out of 10 spots in the pole positions.

The Wilton Hotel managed a respectable 9th thanks to its personable service and charming décor, the much-loved Tynedale Hotel came in 5th, the Clontarf scooped 4th, The Wellington deserved its 3rd place finish, Can-Y-Bae was just pipped to the number one spot and last year’s winning hotel kept its accolade also.

Castlebank Hotel of Conwy also managed 6th position, meaning that it was a resounding success for North Wales businesses as Southern hotels were definitely found wanting. Llandudno was also voted in the top 10 of the best places to stay throughout the whole of the UK, giving a huge boost to its desirability as a tourism hotspot.

“It’s great to see a mix of hotels in Wales’ top 20 from bargain hotels through to luxury 5 star establishments. This diverse list proves that a great hotel isn’t always predicted on price,” said TripAdvisor spokesman James Kay, the review aggregator behind the statistics.

Users of TripAdvisor are frequently kind to establishments throughout North Wales and deservedly so – if you’re yet to take a holiday here, why not come and see what all the fuss is about soon?