Hoverlink to Help You Visit Llandudno 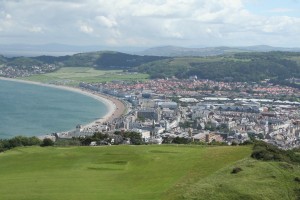 The older generation who live in Llandudno and its surrounding areas will most likely be able to tell you of a time when a hovercraft cruised along the waters of North Wales before, sadly, it became non-operational and there hasn’t been a similar mode of transport like it since.

Well, this could all be about to change as a budding group is attempting (and visibly succeeding) in bringing the service back to our coastal area – fantastic news for any readers who have always wanted to visit Llandudno but have never had the chance.

This new feature of the North Wales coastline had been in the pipeline for some time as it appeared to hit obstacle after obstacle on its way to approval. However, a successful meeting with Chris Ruane MP brought with it plenty of cause for optimism for the project.

The plans not only extend to Llandudno, but to places such as Rhyl and potentially Denbighshire for the future. Ruane had this to say on the recent progress: “It offers fantastic opportunities as far as Rhyl is concerned and will bring in pensioners over from Merseyside for days out to the seaside as well as school children, cyclists, ramblers – opening up not just Rhyl, but the whole of the Vale of Clwyd and north Denbighshire.”

If you’re looking to be the first on the boat for the Hoverlink craft’s maiden voyage, you’d better act fast as it’s being reported that a staggering 200,000 people will use the service every year after it first sets sail in the first quarter of 2015.

The craft itself will be a high-end range and if anyone has ever ventured to an offshore British Isle (such as the Isle of Wight)then you’ll know to expect quality, speed and affordability. You and your party should each be able to fit on the 130-seater in a journey between Llandudno and Liverpool that will take roughly 35 minutes – almost half the time of conventional road travel.

Simon Clitheroe, who has been the spearhead of the project, said: “Once operational, we will be able to transport customers from Wirral to Rhyl and Llandudno within 35 minutes, far beating any mode of transport currently available for speed and efficiency.

“We’re very encouraged with the positive response we’ve had so far from the people of Denbighshire, who are very keen to see the service brought back.

“We’ve finished the project stage and are quickly moving into the investment stage. We are really hopeful that this could be up and running by early 2015.”

It remains to be seen whether or not the project eventually sinks or swims but it would surely benefit the area and North Wales as a whole so here’s hoping.